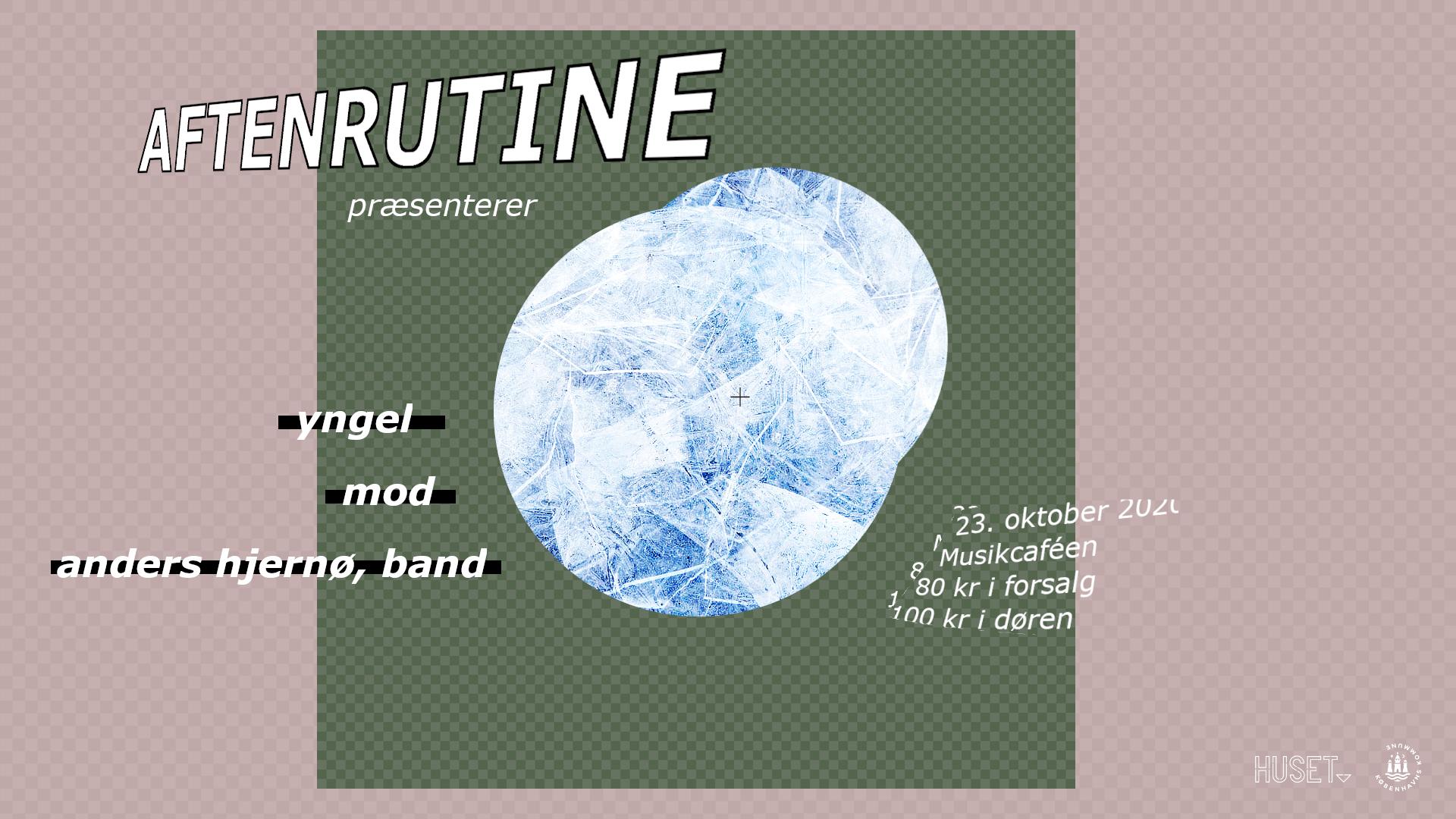 Aftenrutine is a DK based record label. Whom primarily has focused on danish poetic releases. – This event is a celebration of their releases throughout the spring and include the following 3 artists: Yngel, MOD and Anders Hjernø

Yngel is a creative and complex band, that seek to explore. They have released 3 albums, and been touring Southeast Asia, throughout the past years.

MOD is a danish rockband, with a punklike energy. They are known to play in different tempos at the same time.

Anders Hjernø released his debut back in 2012, with his album “Tidlige Armbånd”. Since then Anders has been featured on various stages, both solo and with his usual backingband.