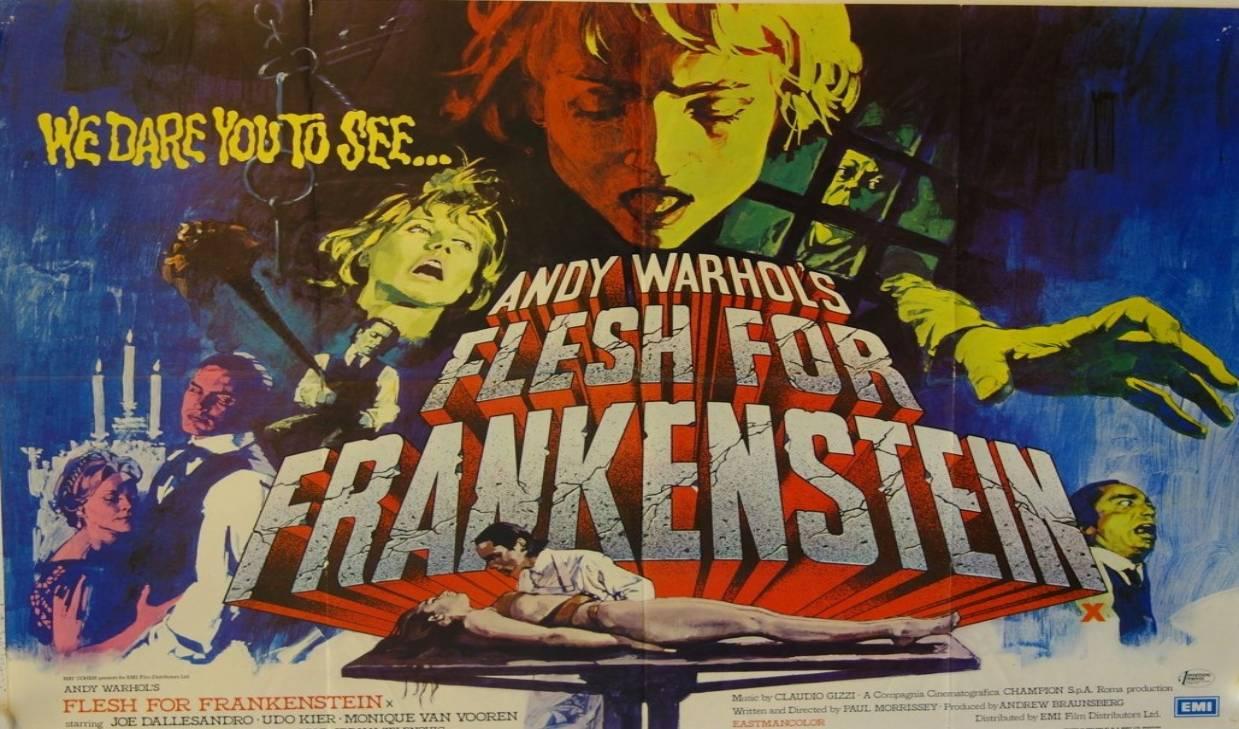 “A VALID CORONA PASSPORT IS REQUIRED FOR ENTRANCE TO ALL FILM SHOWS AT HUSET’S BIOGRAF “
18:30 = Café opens / CASH or MOBILE PAY only! / Open seating due to corona rules /Tickets are 70 kr. No reservations via mail.
19:30 = Flesh for Frankenstein, 1973, directed by Paul Morrissey, 95 minutes, 35mm. // In Serbia, Baron Frankenstein lives with the Baroness Katrin, his wife/sister and their two teenage children, Monica and Erik. He dreams of a super-race, returning Serbia to its grand connections to ancient Greece. In his laboratory, assisted by Otto, he builds a desirable female body, but needs a male who will be super-body and super-lover. He thinks he has found just the right brain to go with a body he’s built, but he’s made an error, taking the head of a asexual ascetic. Meanwhile, the Baroness has her lusts, and she fastens on Nicholas, farmhand boy (played by Joe Dallesandro) and a friend of the dead lad. He brings the two zombies together to mate. Meanwhile, Nicholas tries to free his dead friend. What about the Baron’s children?
Throughout his career Warhol made numerous films, many of which were experimental and pushed the boundaries of what was considered acceptable in cinema. In 1973, Warhol and Paul Morrissey collaborated on “Flesh For Frankenstein,” violent, gory, hilarious, beautiful, and sexually explicit (but not pornographic in a normal sense) and groundbreaking in its sheer perversity – the perfect midnight movie! In 1968, Warhol was shot and critically injured and the extensive surgery he required left him badly scarred. In ‘Frankenstein’, with its graphic shots of disfigured bodies, Warhol can be seen as confronting his own close encounter with death. Take someone you love to see this movie – they will never talk to you again!
24.07 At 19.30 / Doors At 18.30
Andy Warhol’s ‘Flesh for Frankenstein’ (on 35mm!)
Husets Biograf