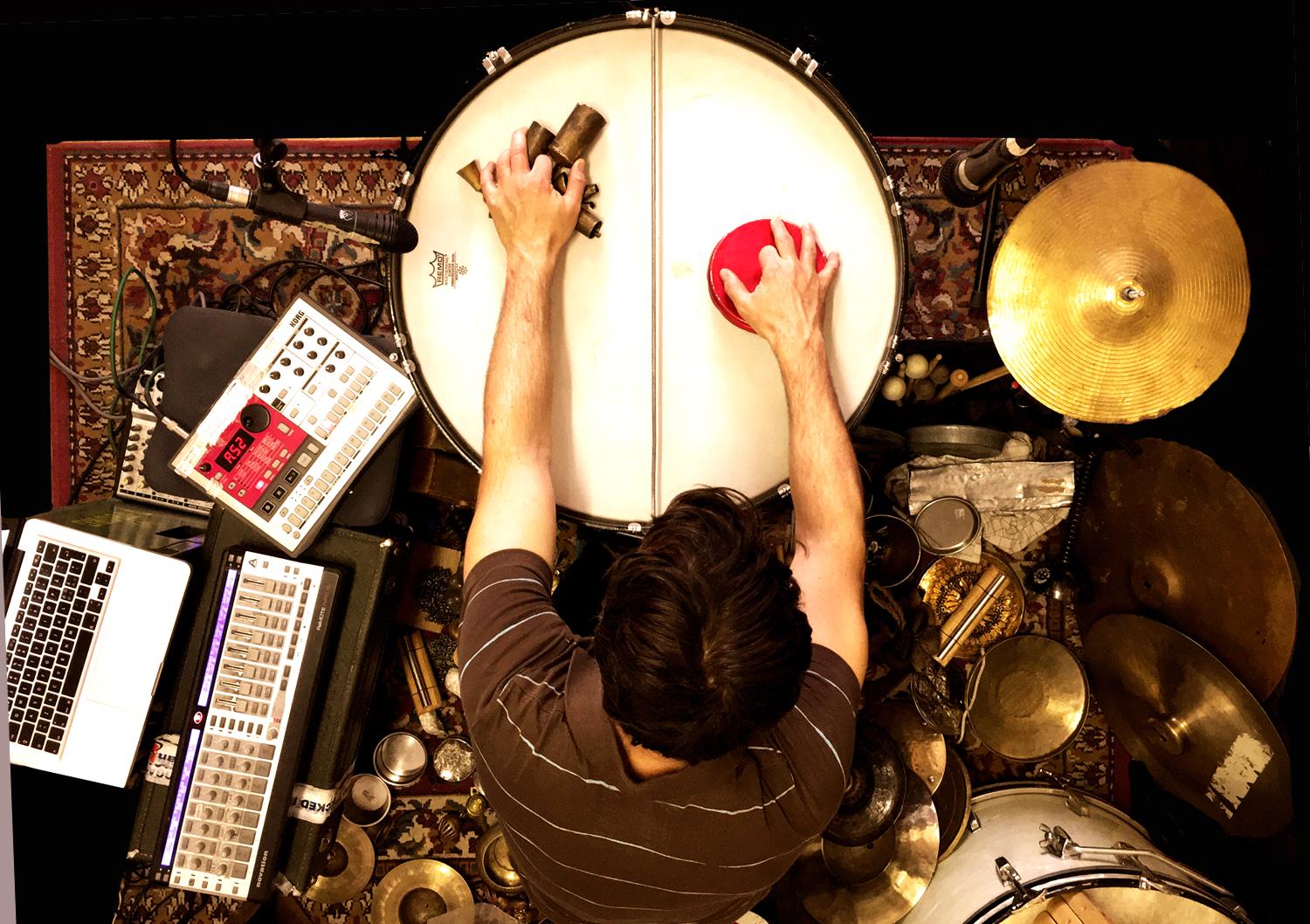 In collaboration with ALICE and Barefoot Records, we look forward to presenting:

Look forward to get inspired, touched, surprised and challenged, when the artist-collective Barefoot Records for the 13th year in a row invites to a small exclusive festival inside the Copenhagen Jazz Festival the 30th of June – 2nd of July.

The programme consists of some of the most interesting artists from the European scene for improvised music, with international guests, award-winning groups, new meetings and compositional experiments.

For the first time the festival will be hosted in Denmark’s first culture house Huset i Magstræde placed in the heart of Copenhagen, which is the perfect frame to open up your ears with a beer in your hand. Most of the concerts will take place at Xenon on the 4th floor of Huset and they will be accompanied by visual experiments. Just outside in the foyer you will sit just next to the musicians absorbing the acoustic sounds.

Barefoot Records was founded in 2006 and has been called “one of the most interesting labels in Danish jazz” by All About Jazz. The collective consists of 8 musicians from Denmark, Poland, Ireland, Norway and Sweden, which have together released 70 albums so far.

“Barefoot Records have long been a label that celebrates the boundless wonders of jazz. Continually championing artists and encouraging them to step outside of the box in a bid to provide fascinating new perspectives on what constitutes jazz in the 21st century.” – Blue In Green Radio 2021.

PROGRAMME – DAY 2 – July 1st
20.00 Håkon Berre – Mirror Matter
21.15 Køs & Torfinn Lysne
22.30 Grafiske Mutationer
—————————————————————————————-
Mirror Matter
Håkon Berre has established himself as one of the most interesting drummers on the Danish scene for improvised music. Having expanded his diverse floor-setup with a vast diversity of trash and objects, he juggles scrupulously with materials such as metal, plastic, cardboard, paper, wood and expanded pylostyrene on top of a horizontally lying bass drum. In the solo project “Mirror Matter”, Håkon focuses mostly on friction / bodies in motion, where he works on a macro level with different objects and their possibilities for friction / vibration, and the resonance it subsequently produces on a receptive sounding board. In addition, the sound is processed electronically using contact microphones and computer software.
Håkon’s inventive and energetic drumming has brought him to numerous clubs and festivals all around the world, and can be heard on a discography spanning 44 albums, many of them released on Barefoot Records, where Håkon is one of the co-founders. Håkon has composed and arranged music for theater performances and art exhibitions, and has exhibited several interactive sound installations at art museums in both Denmark and Germany. Håkon is active as a co-leader in numerous bands, both as a composer and as an improviser. Collaborations include artists such as Peter Brötzmann, Phil Minton, Axel Dörner, Peter Friis-Nielsen, John Tchicai, Jamie Branch, Liudas Mockunas, Fred Lonberg-Holm, Susana Santos Silva and Peter Evans.
Håkon Berre – drums, objects, electronics
——————————————————————————————-
Køs & Torfinn Lysne
Look forward to a unique audiovisual experience when Køs and the Norwegian light-artist Torfinn Lysne guest the Xenon-stage. Three musical siblings from the Copenhagen underground scene form Køs and create music with a love for expressivity, pathos, fragility, and rawness. Playing as a group since 2014 in an electro-acoustic universe, they draw on backgrounds in free improvisation, jazz and hip hop, and mix this with inspirations from classical music, ambient music and noise.
Sometimes they sound like a pop-hit, sometimes they sound like a Køs presents a musical universe with long stretched developments, beautiful melodies and repetitive rhythmical structures, broad soundscapes and big dynamic changes. The musical journey is what thrills – and presence, attentiveness and statements are what matter.
In March 2020 they released their first full-length vinyl ‘An Uncaught Bird’ on the label Forlaget Kornmod, who received a lot of positive attention, and was nominated for Danish Music Awards. In 2022 they released their second album ‘Ud af en mund’ in collaboration with awarded poet Pia Tafdrup’
Line up
Maria Dybbroe – alto saxophone
Valdemar Kragelund – electronics
Kristian Saarup – drums
Torfinn Lysne – lights
——————————————————————————————
Graphic Mutations
This quartet is put together to play Sven Dam Meinlds graphic scores. That’s all they will do. As an examination of th eye and the ear these open compositions will rely on the musician’s sonic survival strategies. Named after a series of concerts, 6 nights in the Copenhagen club Mayhem, where the scores were performed by various constelations like octet, quartet, trio, duo, solo and choir. This specific quartet brings together four musicians with extraordinary abilities. Playing on both humor and vulnerability, Graphic Mutations is projecting the sounds of many futures.
Line up
Sven Dam Meinild: Saxophone, electronics
Anne Efternøler: Trumpet
Julija Morgan: Violin
Szymon Pimpon Gąsiorek: drums
——————————————————————————————-
The concerts are supported by Statens Kunstfond, Dansk Komponist Forening and Koda’s Cultural Funds.
01.07 At 20.00 / Doors At 19.30
Barefoot Records Label-Fest – Day 2
Xenon