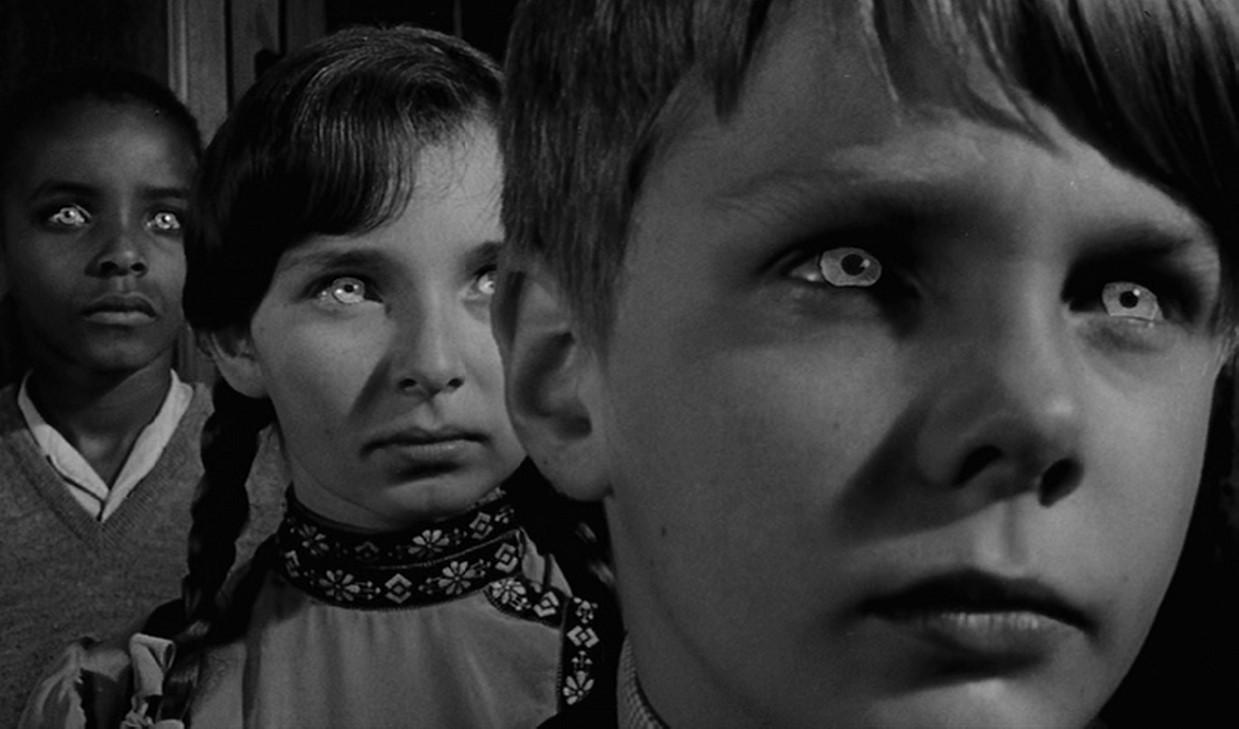 13:00 = Café opens / CASH or MOBILE PAY only! / Tickets are 70 kr. No reservations via mail.
14:00 = CHILDREN OF THE DAMNED directed by Anton Leader, 1964, 90 minutes / Screened in an excellent 16mm copy!
This is a rare instance of a sequel being better than the original. “Village Of The Damned” (1960) was a highly memorable and influential movie in its own right. However, it was also a product of post-war British filmmaking complete with cozy, somewhat gentrified attitudes to class, sex and an illusory rural idyll. “Children Of The Damned” here is a much tougher affair. This time the action takes place in the dark, grim, urban backstreets of early sixties London – not so much swinging as downright gothic. This is, in fact, a powerful allegory about our violent world, the suspicious nations that make it up, what those nations teach their children by way of example, the state of religion in the modern world, etc. Very smart, and beautifully shot in glorious black and white.
17.10 At 14.00 / Doors At 13.00
Children of the Damned (on 16mm!)
Husets Biograf