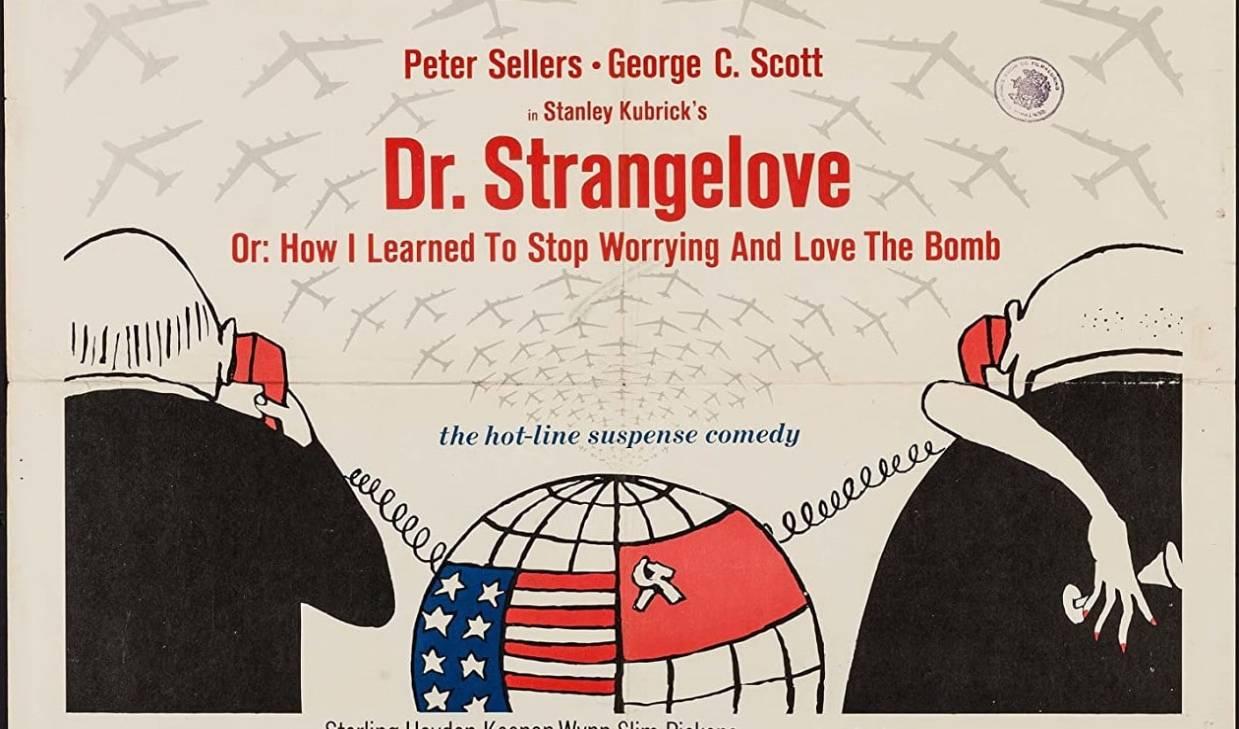 A VALID CORONA PASS IS REQUIRED FOR ENTRANCE TO ALL SHOWS AT HUSETS BIOGRAF
18:30 = Café opens / CASH ONLY (only in January)! / Reservations can be made by writing an email with the name of the movie in the subject section to husetsbio.reservation@mail.dk // Please try to buy your tickets at the cafe no later than 15 minutes before the start of the film // Tickets are 70 kr.
19:30 = “Dr. Strangelove or: How I Learned to Stop Worrying and Love the Bomb” directed by Stanley Kubrick, 1964, 95 minutes.
“Perhaps Kubrick’s most perfectly realized film, simply because his cynical vision of technological progress and human stupidity is wedded with comedy, in this case Terry Southern’s excellent script in which the world comes to an end thanks to a mad US general’s paranoia about women and commies. Peter Sellers plays multiple roles, giving great performances as the tight-lipped RAF officer and the US president. Also George C. Scott stands out as the gung-ho military man frustrated by political soft-pedalling, as does Hayden as the beleaguered lunatic who presses the button. The result is scary, hilarious, and nightmarishly beautiful, far more effective in its portrait of insanity and call for disarmament than any number of worthy anti-nuke documentaries.” – Time Out
26.01 At 19.30 / Doors At 18.30
Dr. Strangelove or: How I Learned to Stop Worrying and Love the Bomb
Husets Biograf