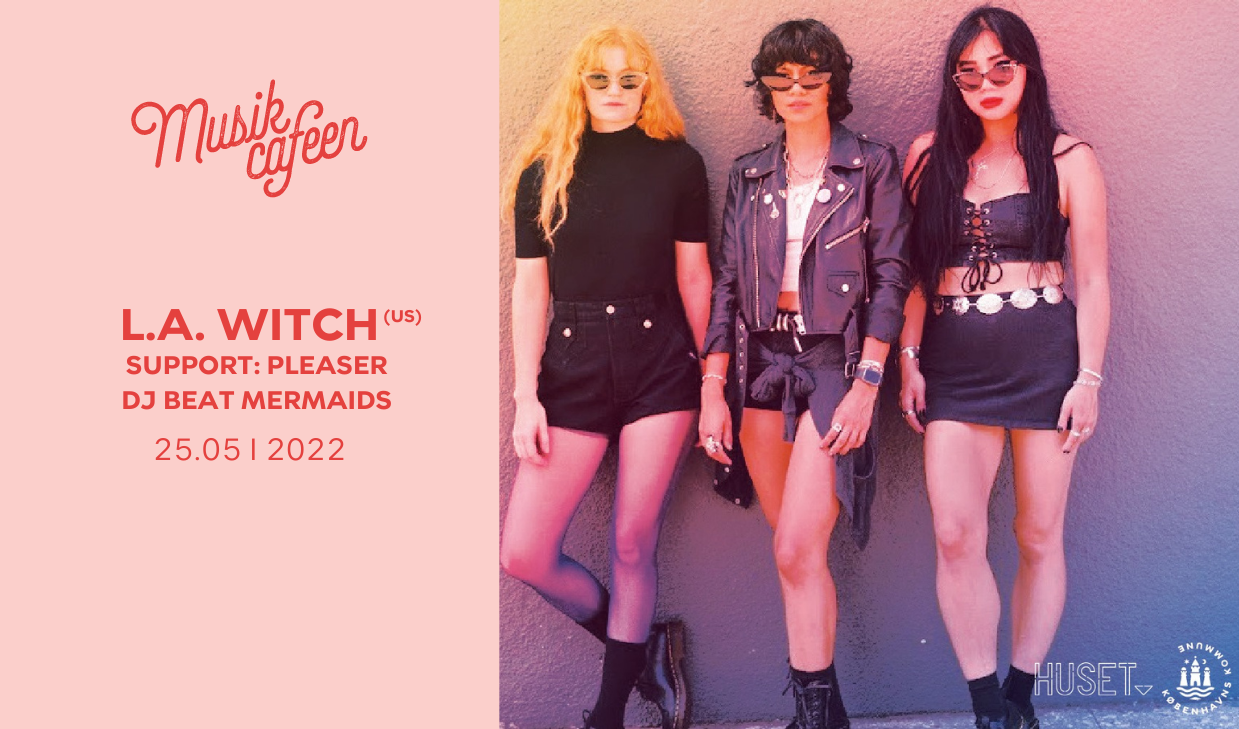 The three women of L.A. Witch will transport you back to the warm Californian nights in smoky rooms! The band consists of Sade Sanchez’s on vocals and guitar, the bassist Irita Pai and the drummer Ellie English.

The name is a partial misnomer. Though the band hails from Los Angeles, they do not partake in any sort of witchcraft. Yet their ability to conjure a specific time and place through their sound does suggest a kind of magic. On their eponymous debut album in 2017, L.A. Witch’s reverb-drenched guitar jangle and sultry vocals conjure the analog sound of a collector’s prized 45 from some short-lived footnote cult band. The melodies forgo the bubblegum pop for a druggy haze that straddles the line between seedy glory and ominous balladry; the production can’t afford Phil Spector’s wall-of-sound, but the instruments’ simple beauty provides an economic grace that renders studio trickery unnecessary; the lyrics seem more descendent of Johnny Cash’s first-person morality tales than the vacuous empty gestures of pre-fab pop bands. This isn’t music for the masses; it’s music for miscreants, burnouts, down-and-out dreamers, and obsessive historians.

L.A. Witch was recorded at Hurley Studios in Costa Mesa and mixed in Highland Park, Los Angeles, though early incarnations of several songs from the album originally surfaced on limited edition singles released over the last several years. The band’s initial aspirations were humble. “We never really thought we would or could release an album,” the band says. “We were really just finding each other and finding our sound.” But after touring nearly non-stop for the last three years, L.A. Witch developed a singularly seductive, haunting, and wistful sound that enamored the garage rock, dream pop, psych, and broader indie communities.