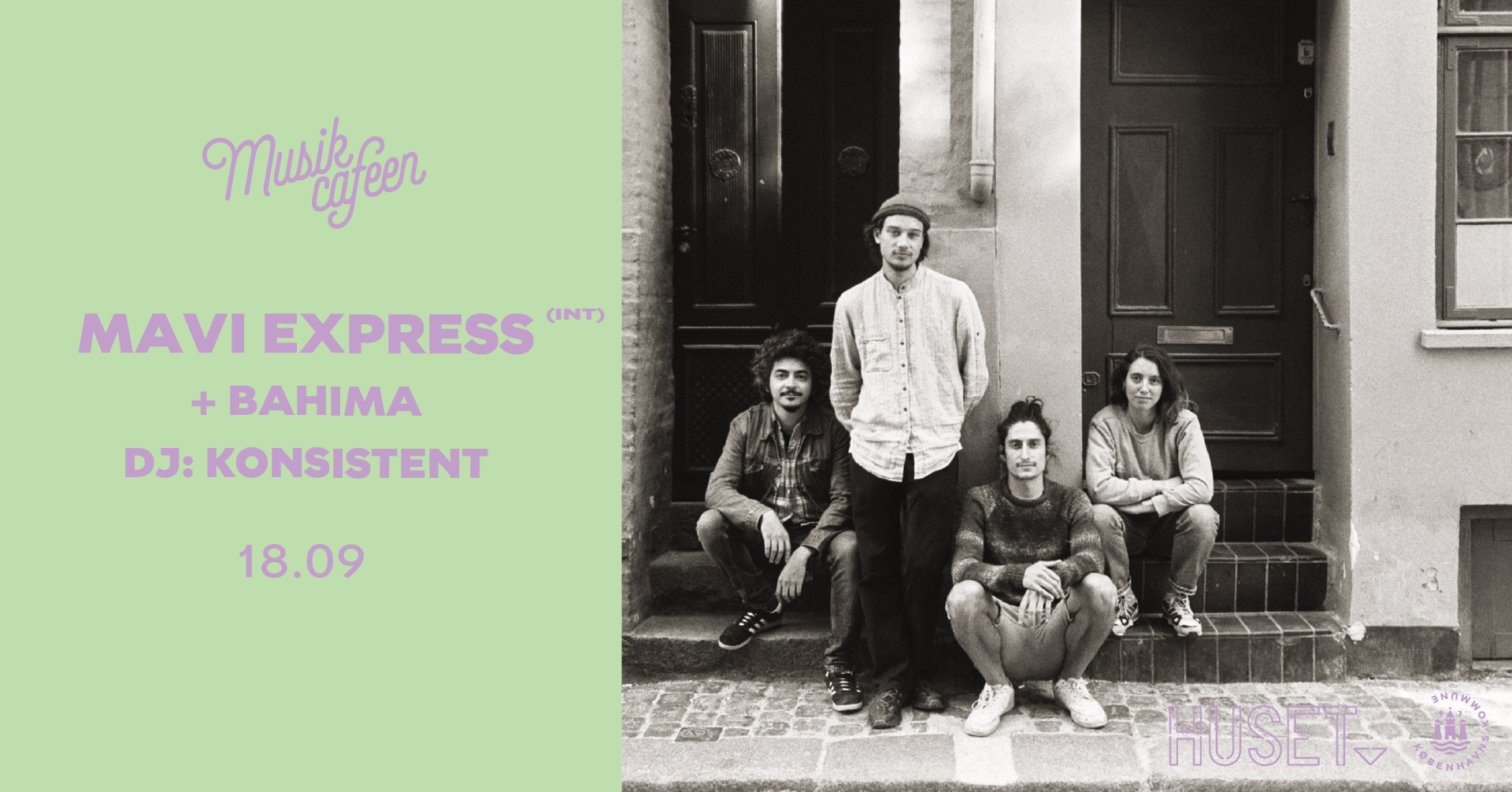 Musikcaféen, in a collaboration with the independent record label Noisy Beehive Records, presents an evening with two adventorous indie-folk bands, Mavi Express and Bahima. The evening will include DJ sets by the local music digger Konsistent, independent records, artworks and more!

Mystical folk and adventorous rock collide in the strange world of Mavi Expres – a Copenhagen-based band bringing together musicians from different nationalities and backgrounds. With instruments such as bouzouki, violin, guitars, percussion, synths and electronics, the group explores a rather unique mix of indie-folk, noise-rock, and sonic experiments. The band is releasing their new LP ‘Mavi’ the 18th of September 2021, on Noisy Beehive Records.

Bahima is a Copenhagen based band that plays adventurous and atmospheric music, which falls
under the genre Roots & Hybrid with elements of oriental as well as western music cultures.
Bahima welcomes you into a mysterious universe which consists of colourful Danish lyrics mixed
with odd time signatures and oriental scales supported by the evocative, Indian tablas, the floating,
fretless bass and the emotionally transporting cello.

Their mission is to expand the musical horizon of the Danish youth by contributing to the
understanding of how music can affect us as individuals, and what we can do with the music itself.
The band does this by presenting music which balances on the threshold between challenging and
accessible. Challenging in its polyrhythmic, odd time signatures and strange tonality, yet easily
accessible in its catchy melodies, relatable lyrics, simplistic and repetitive motives as well as
general expressional clarity. 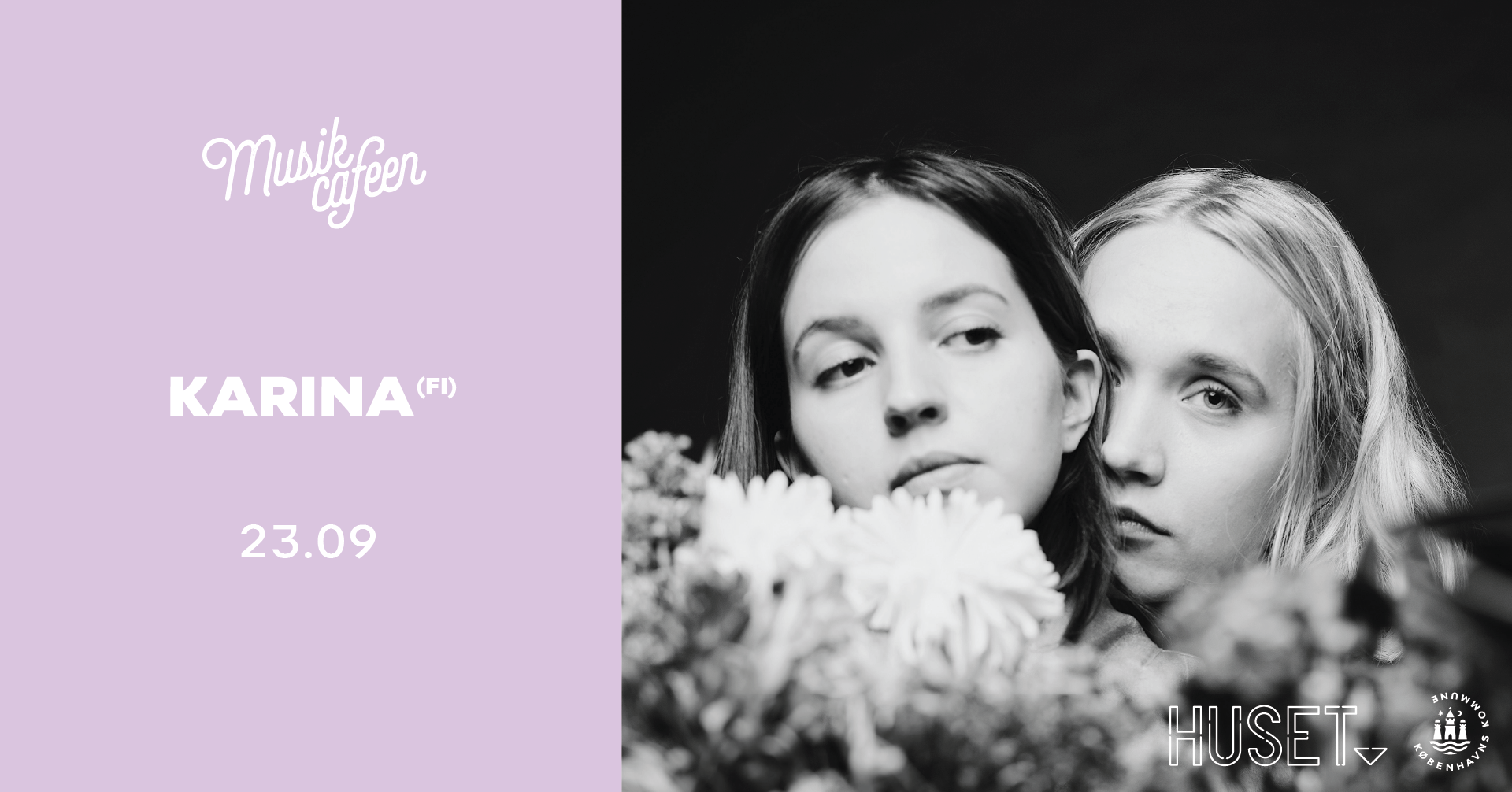 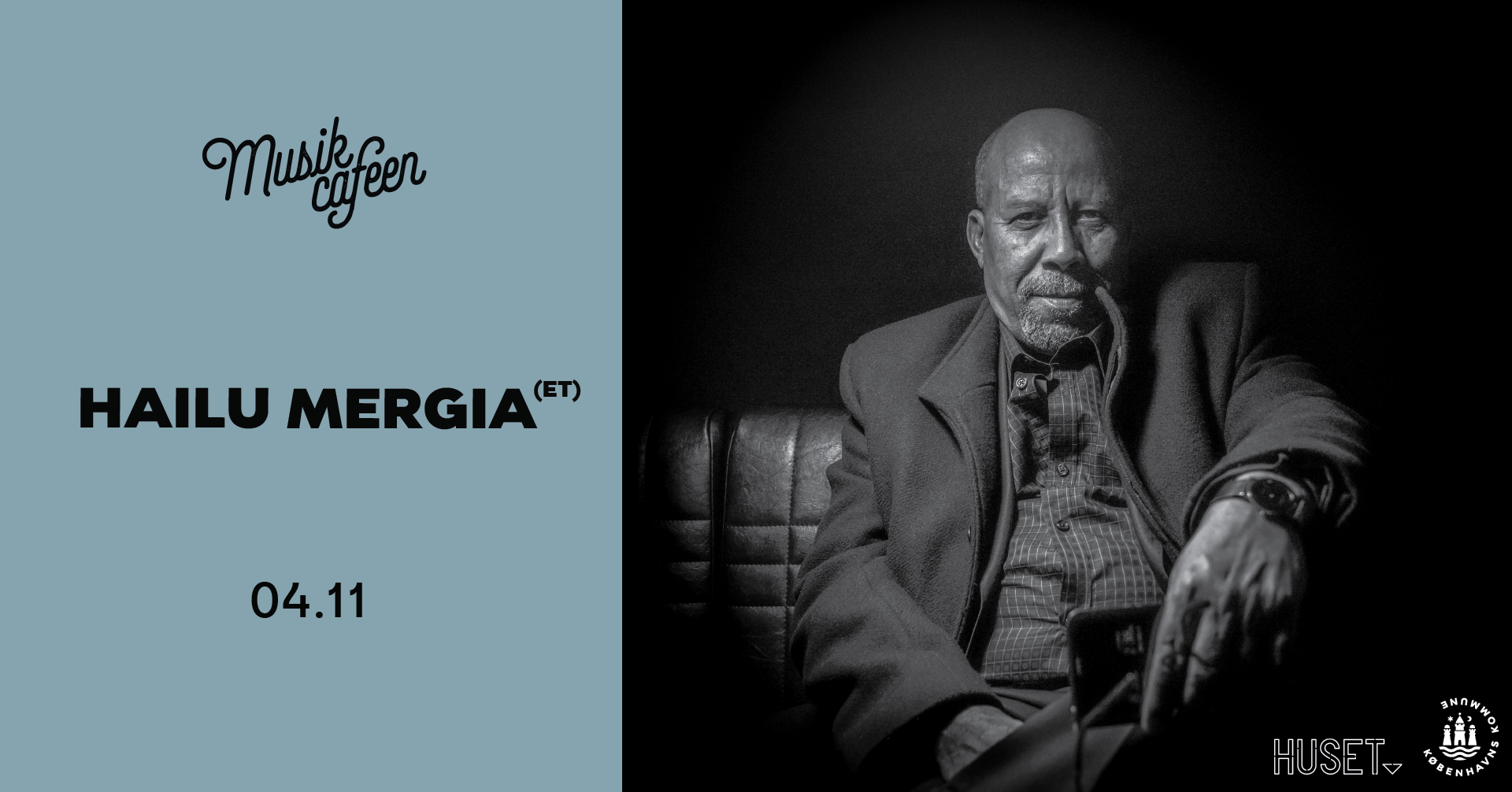 The Ethio-jazz legend Hailu Mergia returns to Musikcaféen after a sold out show at Copenhagen Jazz Festival 2018!