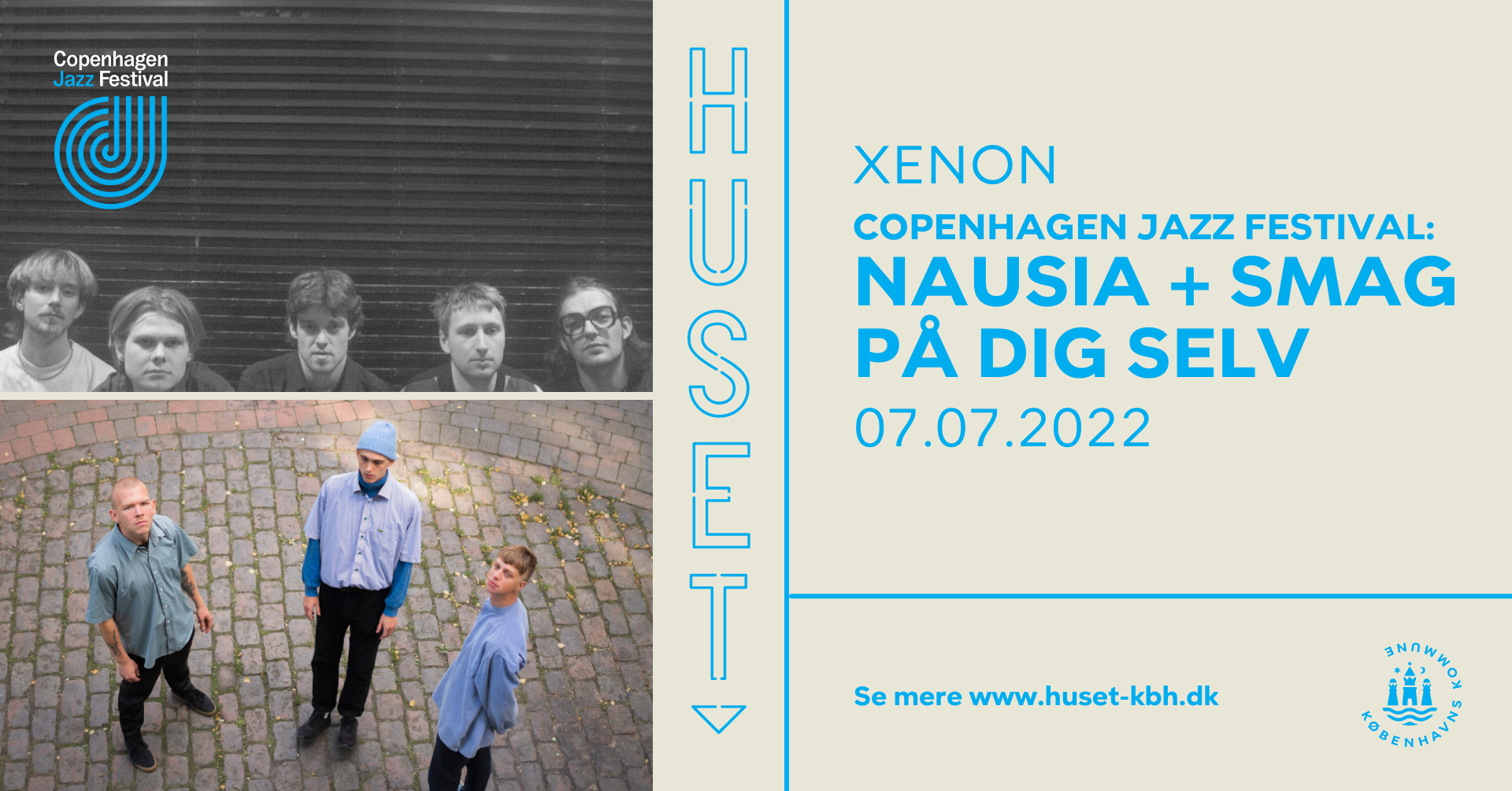 You can look forward to an eclectic mix of kraut rock, spiritual jazz, techno and drum’n’bass, accompanied by specially designed visuals!

Nausia
Nausia is a Copenhagen quintet whose music draws threads to kraut rock, spiritual jazz and minimalism. With various inspirations, the band draws their very own transcendent musical landscape, which contains both noisy surfaces and delicate singable melodies.

At the end of 2020, Nausia released their debut album “Prince Kiosk” both digitally and as vinyl. The album received positive publicity both in Denmark and abroad, and also resulted in a DMA Jazz nomination as “New Name of the Year”. Nausia has just recorded their second album and have just released the first single.

For this concert, Laurits Schmidt Eriksen has made specially designed visuals for each of the tracks from the upcoming album. Nausia very much hopes that you will indulge in a strong holistic experience in their sound universe.

Smag På Dig Selv
Smag På Dig Selv is a not your average musical ensemble. In fact, this young Copenhagen-based trio is notoriously known for overwhelming their concert newcomers with ambiguous feelings of loving contempt and sobering ecstasy. A mad yet magical experiment in what happens when drums and horns align in instrumental euphoria.