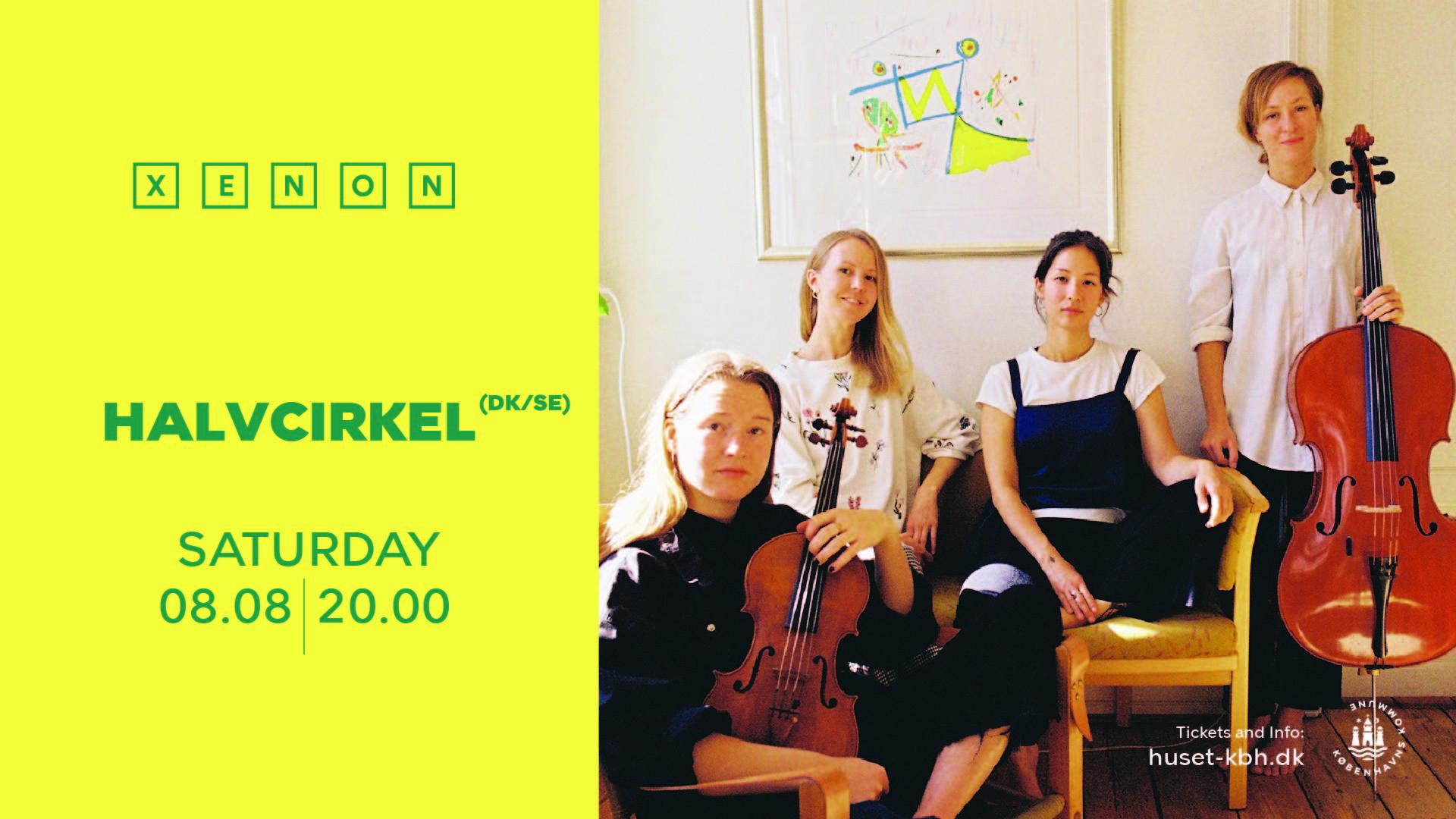 ‘Halvcirkel’ is a progressive string quartet, based in Copenhagen, which mainly works within the areas of minimalist and newly written classical music in experimental formats. Together, they explore the soundscape and production of classic compositions through improvisation and innovative programming. In their work they strive to free themselves from rules and ideals, to peel as many layers off as possible between the audience and ourselves and to find deeper connection and authenticity.

The spring programme features the two-hour cycle by American composer Terry Riley for string quartet – ”Salome Dances for Peace” – where minimalism meets Indian mysticism, danceable rhythms, and improvisation. At the concert, you’ll hear parts of the work after ‘Halvcirkel’ returned from visiting Riley in California in February 2020.

The programme also includes “Fragment 94”, a string quartet dedicated to Halvcirkel, written in 2018 by the Danish composer Anders Lauge Meldgaard. Fragment 94 is a work based on a love poem inspired by the ancient Greek poet Sappho, where each word in the poem has its unique musical universe.