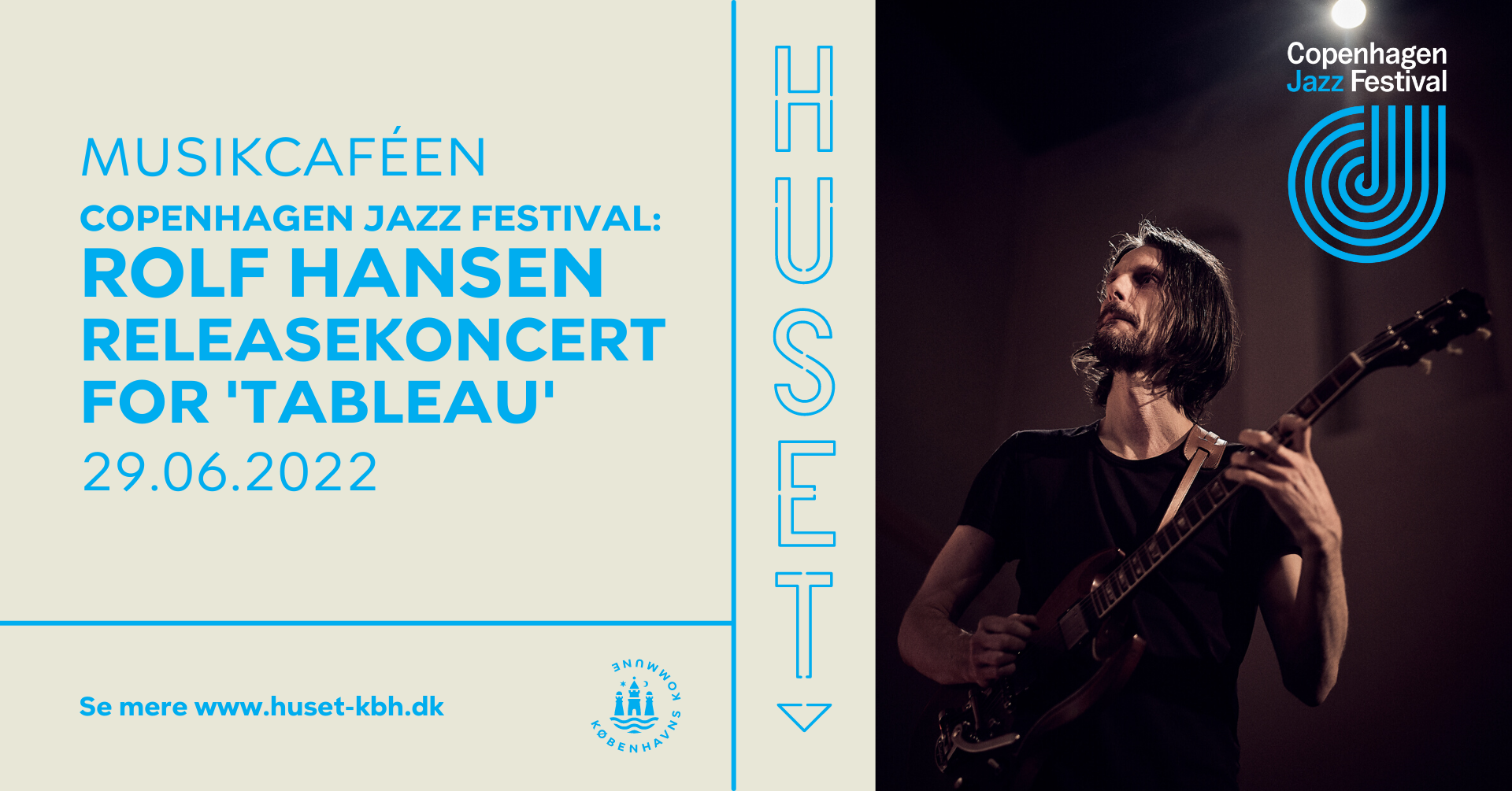 Guitarist and composer Rolf Hansen released his first purely instrumental album in Germany in September 2019 on the Berlin-based label Karaoke Kalk. The title was programmatic: “Electric Guitar” explored the electric guitar as a solo instrument in 13 sonically very diverse compositions. “His style is marked by great clarity and artistic maturity, his compositions remain melodically accessible and emotionally open at every moment despite a desire to experiment, and the whole album is carried by a sovereign independence and warmth” nordische musik.de wrote about “Elektrisk Guitar”

On “Tableau”,the Copenhagen-based composer and musician further explores the sonic possibilities of the electric guitar by opting for a radically different approach and putting great limitations on himself as a performer. »Tableau« is an experimental record in the truest sense of the word, eschewing conventional modes of playing the instrument and instead turning the guitar into a sound source for compositions that seems at once abstract and concrete.

Despite their aesthetic differences, the kinship between its predecessor »Elektrisk Guitar« and these 14 compositions is undeniable. Both are based on self-imposed constraints, a radical form of reduction that made it possible for Hansen to broaden his sonic palette and compositional approach. Though mostly short, concise, and abstract-sounding, the pieces on »Tableau« speak a clear, varied and simple language.

In addition to his activity as a solo artist, Rolf Hansen has in recent years engaged in close artistic collaborations with Henriette Sennenvaldt (formerly of Under Byen), the band Vessel and Berlin’s Donna Regina, among others.

Rolf Hansens early musical training was in Jazz, educated at the Rhythmic Music Conservatory in Copenhagen. Later in his career he also toured Europe extensively as a singer-songwriter under the name Il Tempo Gigante; first with the album “Lost Something Good” (Speed of Sound,
2010) and later with “Watch It Watch” (Resonans, 2014).