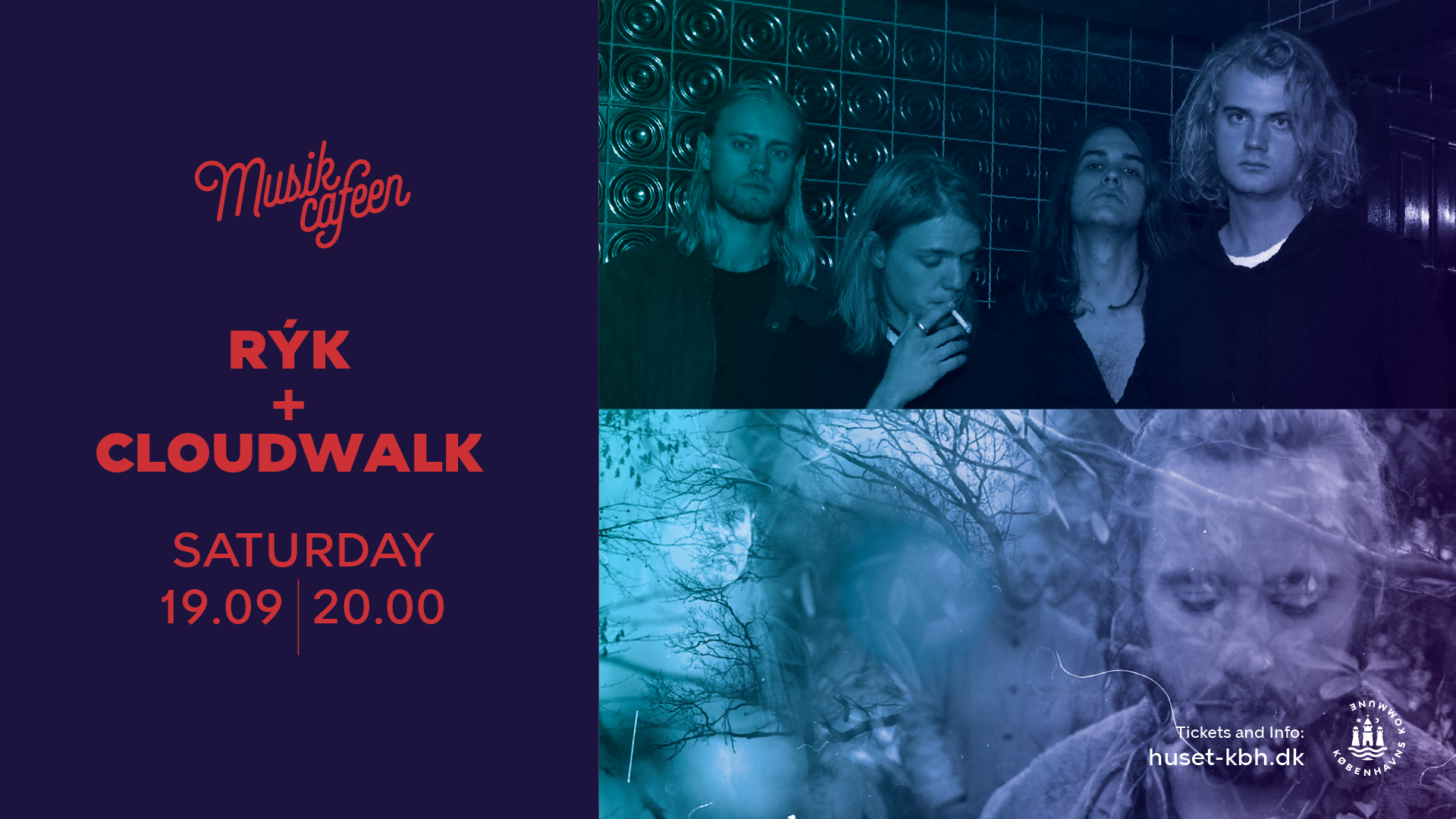 Rýk has played at festival such as SPOT, Reeperbahn, Sorte Firkant and won the live show award Fatter Eskil Prisen for their innovative approach to shoegaze. GAFFA and Bands of Tomorrow has both mentioned the band as someone to watch and highlighted their intense live shows and  spillet på bl.a. Spot Festival, Reeperbahn, Sorte Firkant og vundet Fatter Eskil Prisen med en urovækkende tilgang til shoegaze-genren. Gaffa og Bands of Tomorrow har begge omtalt drengene i en særdeles positiv tone for deres intense live shows and the single “Young”.
In the autumn they will release their debut album produced by Simon Mariegaard from Kogekunst.

Cloudwalk has just released their first EP “Looming Large” with Sebastian Wolff (Kellermensch) as producer. With members from Get Your Gun and Caved Crow they focus on dreaming shoegaze with a touch of nordic noir. Their first single “Wide-Eyed” has been played at the American shoegaze radio channel DKFM and they have also been highlighted as “Recommendation of the Week” by Karrierekanonen.