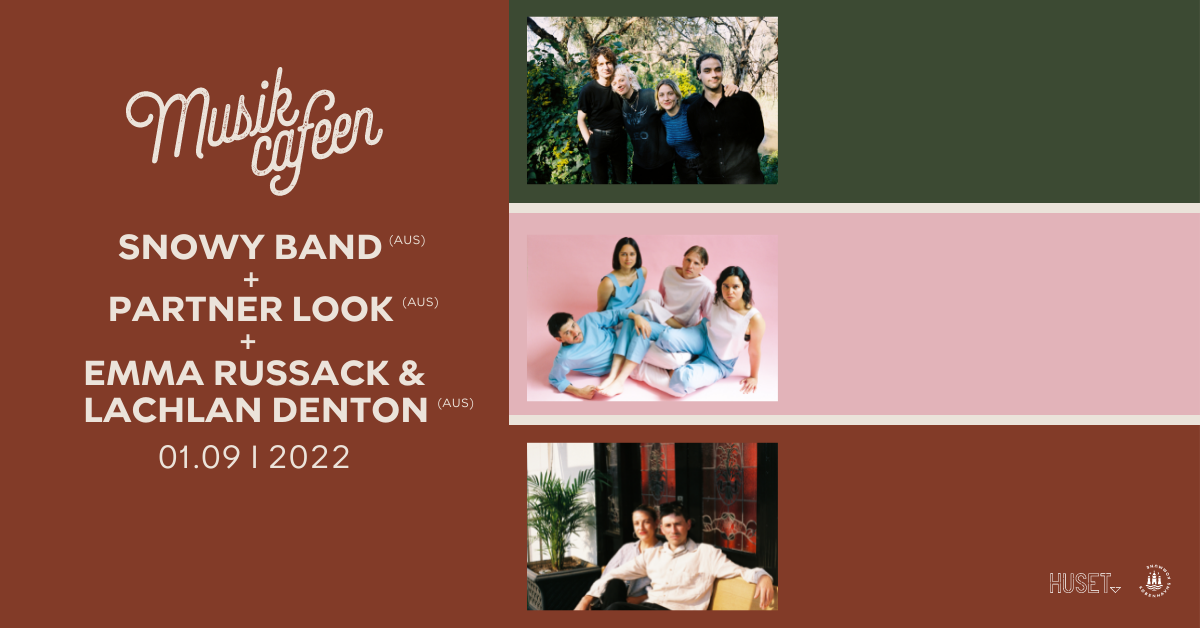 Hailing from Melbourne, Australia, Snowy Band, Partner Look, and Emma Russack & Lachlan Denton spent 2021 releasing a string of LP’s and heading out on national tours. Now, the close-knit group of friends and Australian label-mates (Spunk / Osborne Again) have grabbed their first opportunity to leave the country and bring their music to Europe.

Distinct but complementary to each other’s unique takes on guitar pop, the long-time collaborators and friends will all be sharing the stage in Germany, Spain, France and Denmark throughout August/September 2022.

Snowy Band is the band of Ocean Party member and Melbourne stalwart, Liam Halliwell. Snowy Band released their most recent album “Audio Commentary” in late 2021 through Spunk Records/Osborne Again (Australia/NZ) and Happiness Records (rest of the world. The bands second record to receive widespread critical acclaim including Bandcamps ‘Album Of The Day’, 4 stars in NME Australia, 9/10 in Beat Magazine and many more.

Australian/German band Partner Look consists of German sisters Ambrin Hasnain and Anila Hasnain and their partners Lachlan Denton (The Ocean Party) and Dainis Lacey (Cool Sounds). The band released their debut album ‘By The Book’ this year on Chicago’s Trouble In Mind Records. Although the album is the band’s first, it has already garnered critical praise from international press and radio. NME Australia gave the record 4 stars, Mindies.es gave it 7.7, and You Me Dancing gave the album 8.5.

Emma Russack and Lachlan Denton released their 4th album “Something Is Going To Change Tomorrow Today, What Will You Do? What Will You Say?” in late 2021. The album was released in Europe through Spanish label Bobo Integral and quickly sold out of the limited first pressing. The album received extensive radio play in their native Australia and Austin Town Hall named the album as one of their favourites for 2021.