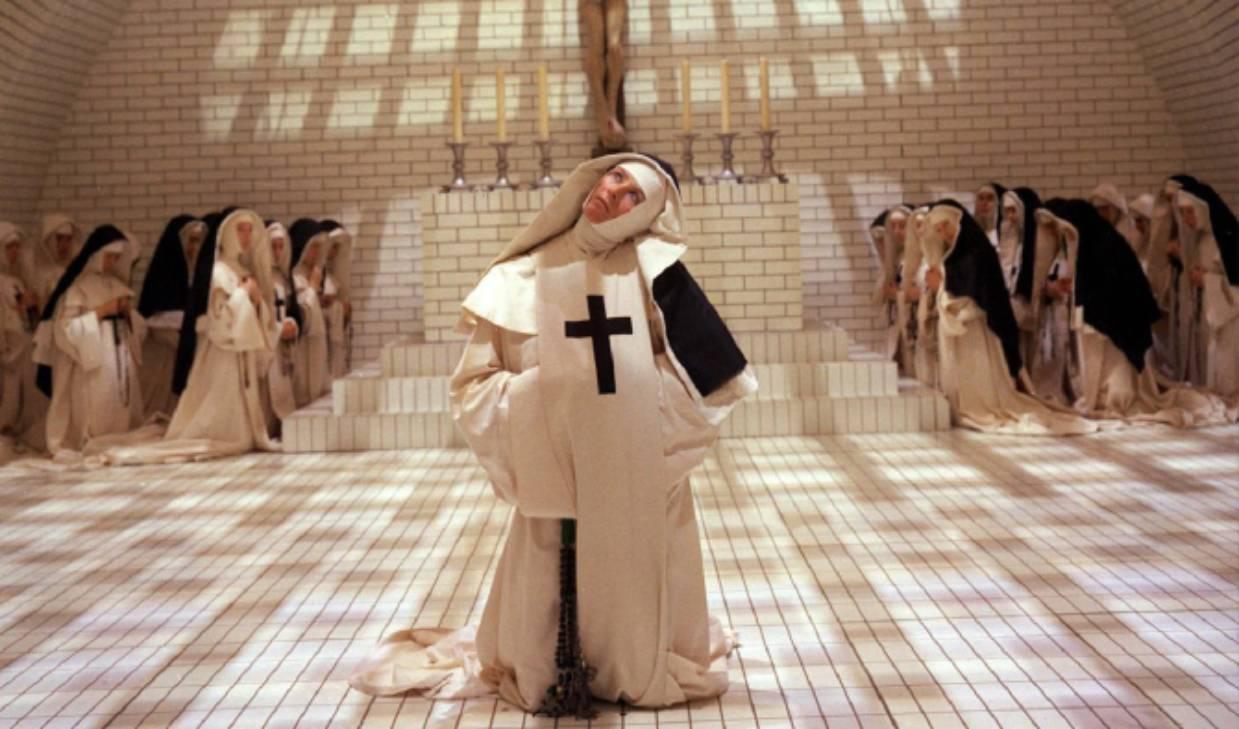 “A VALID CORONA PASSPORT IS REQUIRED FOR ENTRANCE TO ALL FILM SHOWS AT HUSET’S BIOGRAF “
18:30 = Café opens / CASH or MOBILE PAY only! / Open seating due to corona rules / Tickets are 70 kr. No reservations via mail.
19:30 =“The Devils,” directed by Ken Russell, 1971, 111 minutes / Considered by many to be Russell’s best film, he weaves the tale of Cardinal Richelieu and his power-hungry entourage who seek to take control of seventeenth-century France. But first they need to destroy Father Grandier – the priest who runs the fortified town that prevents them from exerting total control. So they seek to destroy him by setting him up as a warlock in control of a devil-possessed nunnery, the mother superior of which is sexually obsessed by him. A mad witch-hunter is brought in to gather evidence against the priest, ready for the big trial. Lurid, bizarre, insane and violent – all you could ever ask for!
30.07 Kl. 19.30 / Dør Kl. 18.30
The Devils (by Ken Russel)
Husets Biograf