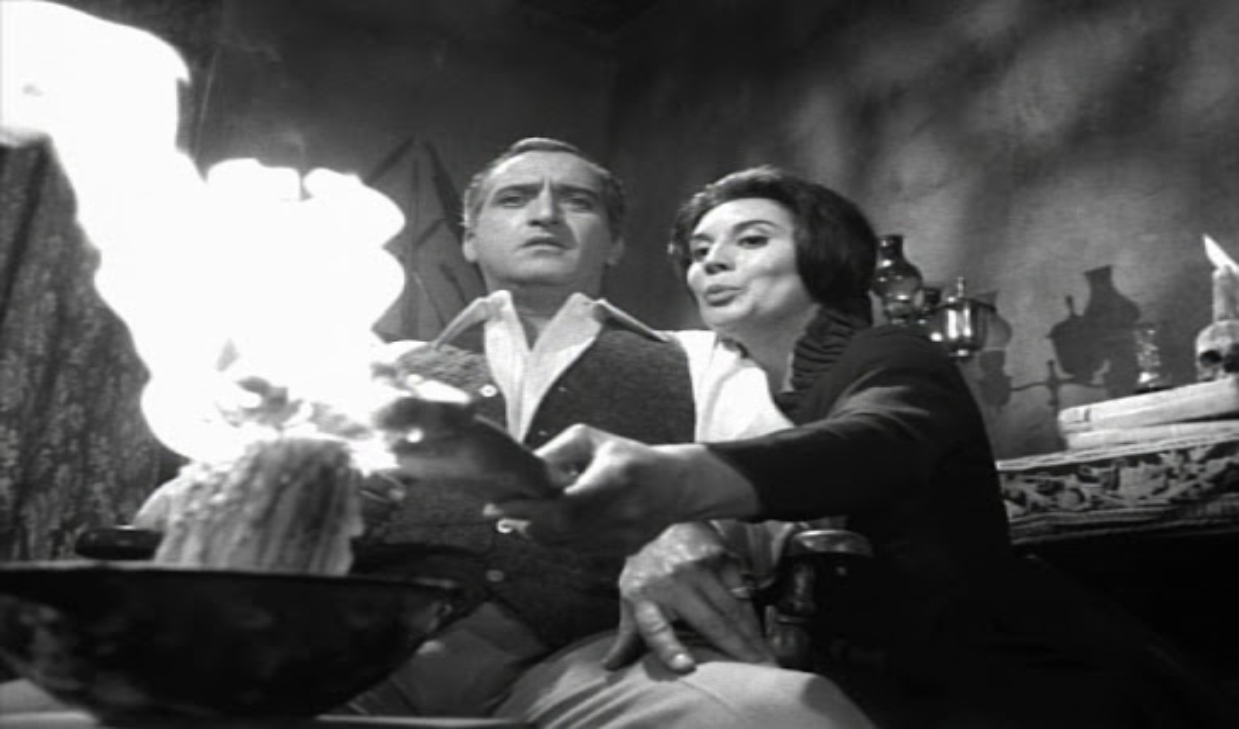 Welcome to the last part of our 8-part series, “The Witching Hour” where we explore the subject of witches, witchcraft, and the related black arts in a western film.

This final selection is out of chronology but our co-programmer, Jack, is the world’s biggest fan of this film and insisted on its inclusion. After all, it is all the more impactful when screened on 16mm!

A Mexican horror pic that centers around the curse of the wailing witch who gave up love in exchange for power. Now the female descendants of her family are doomed to suffer the same fate, as she lures one of them to her creepy mansion to reanimate the original witch and bring evil down on the world and achieve immortality. Set in a crumbling mansion in fog-shrouded woods with everything taking place at night, it’s a B-movie tour de force of gothic atmosphere, all falling dust and cobwebs, bats, candles, haunted bell towers and organs played for no reason.