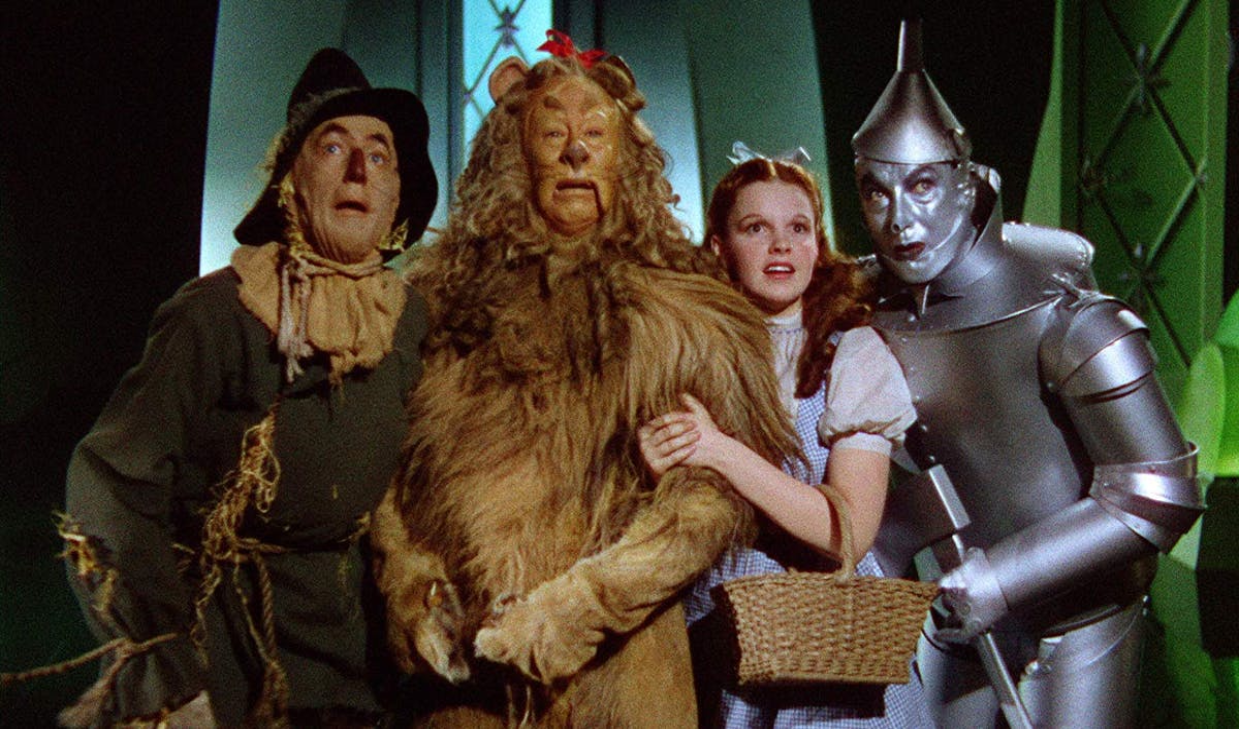 Revisiting one of the greatest American musicals of all time!
18:30 = Café opens / CASH or MOBILE PAY only! / Tickets are 70 kr. No reservations via mail.
19:30 = THE WIZARD OF OZ, directed by V. Fleming and G. Cukor, 1939, 102 minutes // Parents need to know that the 1939 fantasy The Wizard of Oz contains several scenes that may be scary for very young children, almost all of which involve the green-skinned Wicked Witch of the West and her band of creepy flying monkeys. Most parents who’ve seen the movie before know that the plot includes a disastrous tornado, and an enchanted forest full of red-eyed creatures, and talking trees. By today’s rating standards, this Hollywood classic is downright tame, but between the twister, the mild peril, and the general menacing, murderous intentions of the witch, some pre-schoolers could be frightened. The most all-adult audience at Husets Biograf will probably also be scared, and ain’t it wonderful!
27.10 Kl. 19.30 / Dør Kl. 18.30
The Wizard of Oz
Husets Biograf